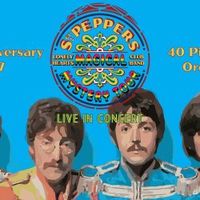 The Beatles Guitar Project presents The Beatles 1967 A 55 year anniversary celebration of The Beatles 1967 releases. Including Sgt. Pepper's Lonely Hearts Club Band and Magical Mystery Tour in their entirety, featuring a 40 piece Professional Orchestra! And more! The year 1967 embodies some of The Beatles most quintessential albums and singles ever released in the band's career.

The Beatles Guitar Project is a Nonprofit Organization committed to advancing music education throughout Northern California and the World. Visit www.thebeatlesguitarproject.org to learn more!